Mary has also been elected to the IIL Council and nominated as the IIL’s I&D Representative to the CII.

The Insurance Institute of London (IIL) is an organisation aimed at helping to develop and enhance the career of insurance and financial services employees in London. It is affiliated with the Chartered Insurance Institute (CII), and with 24,000 members is by far their largest local institute.

Excitingly, Miller’s Senior Legal Counsel, Mary Bowie, has been nominated as Chair of the IIL Inclusion and Diversity Committee. The aim of the committee is to position the IIL as the model for Inclusion and Diversity through positive initiatives while demonstrating the advantages this could bring to the whole insurance and financial services industry.

Miller is proud to have one of its colleagues taking-up this important role, which comes on-top of Mary’s role as co-Chair of the Insurance Families Network. Mary has also been nominated as IIL’s I&D Representative to the CII, and will play an important role in keeping the two organisations connected and aligned.

Inclusion and Diversity at Miller 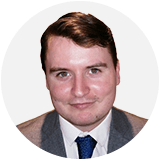