Success for Miller as one of the two drivers we are sponsoring in ‘the ultimate e-racing competition’ wins the series’ first race.

Following the success of the Isolation eRacing Series, which featured driver Ben Barnicoat sporting Miller colours, BT Sport commissioned a new 3-race series called ‘The Ultimate eDriver’ (in which Ben is again being sponsored by Miller). The series features a wide range of motor racing drivers from almost every major championship in motorsport.

Excitingly, 18 year old British F3 talent Johnathan Hoggard drove one of the two Miller branded INDYCARS to victory at the first race in the new series. Competing on a virtual Silverstone GP circuit, Johnathan won the race in spectacular fashion, taking the race lead on the final corner of the final lap.

Johnathan, who has been described as “a name for the big brands of motorsport to keep an eye on”, won the prestigious Autosport Young Driver Award last year, an honour previously given to Lewis Hamilton in 2010.

Motor Insurance Specialist Tim Nagle commented: “This is a great example of sport’s ability to maintain a connection with fans in the midst of an enforced break, in a way which is both innovative and accessible. Miller are proud to be a part of this exciting racing series…and of course we’re delighted about Johnathan’s success!” 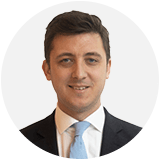