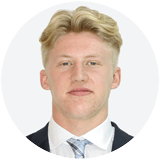 Lawson assists in the handling of credit and political risks business from across Europe, Africa and Asia, consisting of both single open market placements and territory-specific facilities.

He provides administrative and technical support to more senior members of the team, as well as taking an increasing involvement in the negotiation and placement of business with markets situated both throughout London and internationally.

Lawson began his career at Miller as part of the first Apprenticeship Scheme in September 2016, where he immediately joined the credit and political risks team. He currently holds the CII Certificate in Insurance qualification and is working towards attaining the Diploma in Insurance.

In his spare time, Lawson enjoys spending time with family and exercising regularly at his local gym, taking a keen interest in sports including rugby and tennis.