Latest insights
The transfer window is well and truly open! What players are the ones to watch?

Silly season has well and truly begun.
Fans around the country are tracking flight paths, monitoring petrol stations, and refreshing websites as they eagerly anticipate their football club’s next ‘big’ signing.

Every year, when the transfer window opens, the world of football enters a fervour often reserved only for cup finals or major tournaments – where journalists clamber to be the first to break the news, and fans start dreaming of the limitless success the new names could bring.

What’s often forgotten though, amid all the activity and enthusiasm, is the players themselves – and the life-changing career choices they find themselves embroiled in.

Often, the most tracked moves are at the top of the game – an established, ‘big money’ player moves from one of Europe’s elites to another.

But littered throughout the window are the moves that take players from regular unknowns to household names overnight, from the lower reaches of the pyramid to the bright lights of the Premier League or Europe.

For many of the young players who make a move, their earnings will change dramatically. Their lifestyles become enriched, and their property and assets become all the more valuable.

Easily forgotten, though, is that their insurance must adapt to keep up. From everyday risks like household and motor, to career ending injury cover and income protection – athletes need to stay aware, ready, and protected to any risk they might face.

And so, with this in mind, we take a look at some of the top prospects who’ve made huge career leaps so far this summer, and what they have to look forward to in their career.

The 22-year-old began his career in 2013 with his hometown club Swindon Town and after progressing through the Robins’ academy ranks signed his first professional deal in March 2017.

Twine featured for Swindon over a spell of four seasons between in Sky Bet League Two, with loan spells in between to Chippenham Town and Irish side Waterford.

Now, he’s heading for the one of the favourites to head straight back to the Premier League next year, and under the stewardship of new manager Vincent Kompany, is likely to go from strength to strength.

Aguerd is perhaps the biggest climber on our list.

Just four years ago, the tall centre back was playing his trade at Faith Union Sport Rabat, his hometown team in the Moroccan Botola.

Now he’s secured a move to Premier League outfit West Ham United for a rumoured £30 million – a figure that would make him the club’s fourth most expensive signing ever.

The 26-year-old signed a five-year contract at the Hammers, but his story is far from smooth.

He was spotted out of Morocco after playing in the CHAN – a version of the African Cup of Nations where only those playing within their national leagues can compete – and earned a move to Dijon.

He impressed in France and earnt a promotion up the division to Rennes – where he excelled domestically.

He now stands poised to lead the Hammers as the fight for European football once more.

New Arsenal goalkeeper Matt Turner has claimed he has “realised a dream" after signing with the Gooners, having taken the far less-trodden path of graduating to the Premier League from the MLS.

The 28-year-old has joined Arsenal on a deal originally agreed in February, heading to North London from New England Revolution, there he made 102 appearances during his six years with the club, and as an Arsenal fan, he’s now seen his life change drastically.

"It felt like a long shot, but why not dream of putting my team's shirt on one day,” he said, upon joining. Now, his long shot has turned in to an entirely new lifestyle, and one he’ll need to adjust to accordingly.

Ebiowei only stepped up to senior football in the 2021/22 season, making his Championship debut under Wayne Rooney at Derby County.

Now, he’s preparing to step out in the Premier League alongside the likes of Wilfried Zaha and Marc Guehi at his boyhood club, Crystal Palace.

The winger, 18, he made his first-team debut in February 2022 and played 16 games in the Championship last season. With Derby relegated and in financial difficulty, his contract was terminated, and he’s now landed a lucrative contract with the Eagles.

What’s more, he’s already being monitored by some of Europe’s elite before playing a Premier League game – with the likes of Manchester United and Barcelona rumoured to be interested. Certainly one to watch!

Hull wonderkid Keane Lewis-Potter is yet to complete a transfer this window, but it seems only a matter of time now – Premier League upstarts Brentford are reportedly close to sealing a deal.

West Ham United, Everton, Southampton and Nottingham Forest are all said to have an expressed an interest in signing Lewis-Potter, but the Bees have emerged as front runners.

It’s been reported the fee could be in the region of £20 million – an impressive number for a 21-year-old who only burst on to the scene in 2021. During that League One campaign, the forward scored 13 goals in 43 appearances as City won the title and added another 12 in 46 this year as the team steadied the ship in the Championship. 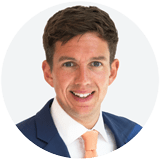