Latest insights
Matthew Tait: 'In your younger years, you think you're invincible'

In the latest article in our ongoing athlete welfare content series with Sport Industry Awards partner Miller, we speak with Matthew Tait about his transition from professional sports to the “real world” and discuss the lessons he learned from a lengthy career at the top of professional rugby.

"I look back on it with great fondness and pride," says Matthew Tait when asked to reflect on his professional rugby career.

"When you're in the bubble, you don't necessarily appreciate what you're doing and what you're achieving. I was really lucky that I played for three great clubs. And likewise, playing for England, I was really fortunate to have played in a World Cup in 2007 and played across the world with the sevens as well."

Having retired in 2018, Tait’s playing career spans 15 years with stints at Newcastle, Sale and Leicester. This included captaining the side in his later years, in addition to a starring role in England’s Rugby World Cup 2007 campaign, where his memorable jinking run in the second half against South Africa took the side to within inches of the lead.

With a Premiership title, 38 England caps and a Commonwealth Games silver medal to his name, Tait’s resume reads better than most. Above all, he cites his playing career as “an amazing experience” and one that gave him “friends for life”. But all good things come to an end and eventually an Achilles injury would force him to hang up his boots for good in 2019.

“It is just an occupational hazard, but being injured is the toughest bit,” says Tait reflecting on injury in general. “In your younger years, you think you're invincible and then you get to a certain age and then your body starts to catch up with you.”

Tait, who says he’s had “something like 12 of 13 operations” over the course of his career, points to both financial advice and the additional insurance policies that he took out himself as being “invaluable” in supporting his transition, particularly in a sport as physical and prone to injury as rugby, where one bad fall or tackle can be potentially career ending.

"It's just about planning and being sensible,” he says by way of advice to the current crop of players playing their trade in rugby leagues around the world. “I was always squirrelling money away and trying to save for a rainy day. You can be earning 100 grand as a pro, but when that finishes and you go into the real world, you aren’t going to be earning that. Have you been sensible enough to save to make that transition a little bit easier?

“While there’s insurance provided through the RPA, which you get as part of the membership, you can also take out private policies. It’s not the cheapest, but it’s money well spent and you don’t often realise this until you need it. Trying to tell a 20, 21, 22-year-old that you should spend a couple of hundred quid a month on an insurance policy that you might never need, rather than driving around in a flash car is challenging, but I ended up needing it.”

“Through the policy I had, I was supported for two years whilst I tried to find work and was doing the unpaid intern pieces to build up that skillset to get into a paid role, and that was massive for me,” says Tait who now works as an Associate at Oakwell Sports Advisory.
As well as the ever-present risk of injury, Tait also points to longer and more regular periods of recovery from new concussion protocols as a reason that it’s increasingly important for players to build an identity and an income away from the pitch. “To keep your own sanity as much as anything else,” he explains.

“Those times when you're injured can be the lowest because you go from being involved in the day to day and getting ready for games too and suddenly, you’re on the outside and doing rehab to try and get back into it,” he says.

“I used a psychologist off my own back towards the back end of my career and that was invaluable for me really. I know a lot of the clubs and unions now have psychologists from more of a performance point of view, but I think there's certainly a role for a general kind of wellbeing, mental health, just a duty of care if you like. There is a service available through the Players’ Association, which is used almost too often. This is great, but at the same time a sad indictment of the various struggles that players are going through.”

"It gets easier when you get a bit older,” he admits. “I've always tried to do stuff off the field to fill the time and just keep occupied and keep the brain ticking. It’s important to get involved in other things away from rugby. I think players and clubs have got a lot better at doing and facilitating that through the RPA as well. Players are more aware of the fallibility of what they're doing and trying to be more than just the player on the pitch."

By way of example, Tait studied biomedical sciences at Newcastle University while playing for the Falcons and went on complete a masters at the University of Salford, somehow also completing his pilot's license at Sale.

As for other risks faced by the modern-day rugby player, although he understands the desire for athletes to utilise social media as a marketing tool to promote their off-field and post-career interests, he says players should be acutely aware that the extra awareness that these platforms can deliver can often be a poisoned chalice.

“I never really engaged with it, to be honest, and that might be a generational thing,” he says pointing out that when he broke into the England squad in 2005 aged 19, social media was very much in its infancy. Facebook, for example, was founded just a year earlier but with just six million users at that time, had yet to become the behemoth that we know today.

“It probably is a risk to players coming through now,” he adds. “If it’s something that you’re using for a brand and your commercial value, that’s great, and social media has broken down the barriers to be able to do that but it’s important then to be educated around the risks of it.”

As for more obvious off-field risks, although Tait says that the types of violent robbery and carjacking that seem to be on the rise amongst Premier League footballers was never a concern for him, he also says that he can see how, aided in some ways by social media, that this is likely to be of increasing concern to rugby players in the years to come.

“As the profile of the sport grows and certainly the earnings of the top guys grow, then I guess that probably is something that is an increasing concern, especially if you’re using social media to portray this amazing life and how nice the inside of your house is.”

Over the coming months we will continue to cast a spotlight on athlete welfare, exploring how the risks athletes face has changed in recent years.

More in the series 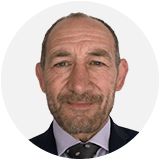