Latest insights
Q&A: How are changes in the Marine War market impacting operations with Russian, Ukrainian, and Belarusian exposures?

Q: Could you provide a little background surrounding these recent changes?

A: Now a well-known event and widely reported in the news, on the 24 February 2022, Russia invaded sovereign Ukraine by way of a special military operation.

Suddenly, a number of marine vessels anchored in Ukraine rapidly found themselves unable to leave the country. Alongside this, vessels visiting Russian ports now faced a high chance of detention due to hostilities. All vessels trading in the Black Sea - now considered an extremely high-risk area - are operating with an increased level of risk.

Since the invasion began, exports of grain from Ukraine, as well as food and fertilisers from Russia, have significantly reduced. This disruption in supplies caused inflation to skyrocket and pushed already soaring food prices even higher. Arguably, this was a huge contributing factor to the global food crisis of 2022.

As a result, the Black Sea Grain Initiative, brokered by the United Nations and Türkiye, was set up to reintroduce vital food and fertiliser exports from Ukraine to the rest of the world. The pact allowed exports from Ukraine of grain, other foodstuffs, and fertiliser – including ammonia, to resume through a safe maritime humanitarian corridor from three key Ukrainian ports: Chornomorsk, Odesa, and Yuzhny/Pivdennyi. Under this new initiative, only vessels carrying those named goods were and still are able to depart from Ukrainian ports in the northern Black Sea, without risk of detention, physical damage or attack.

Q: What is the current state of the Marine war risks market?

A: Due to the severe increase in risk of vessels operating in the Black Sea, the exposures facing the marine war market also dramatically increased. Russia and the Black Sea was advised as an excluded area under marine war risks contracts in 2022, which hugely impacted shipowners, charterers and cargo owners seeking coverage. Capacity throughout the market for these territories has dramatically decreased, with some underwriters unable to cover calls to Russia or Ukraine at all. Markets who previously advertised capacity of up to USD20m have lost up to 75% of that, with many others refusing to write any risks at all. Both of these knock-on effects resulted in a dramatically reduced market with minimal capacity to cover risks.

Now looking to 2023, market conditions are deteriorating further as much of the direct marine war market are being forced to pass on exclusions imposed by their reinsurers, leaving them only able to continue to service RUB business with significantly reduced line sizes or prohibiting them from covering these risks altogether. The effect of this on the direct marine market is that many shipowners, charterers and cargo owners are now struggling to obtain continued coverage when operating with RUB exposures.

Q: Why has this happened?

A: In response to the invasion and the increased level of risk, many reinsurers who sit behind direct marine markets have excluded exposure to RUB risks and/or have reduced their exposure to increased risk, including those with Ukrainian exposure.

For similar reasons to the above, the reinsurance market has restricted or excluded marine hull war, war loss of hire, cargo war and charterer’s war P&I exposures arising from the current Russia-Ukraine conflict. The metaphorical tightening of the reinsurance belt is affecting the marine war risks market as a whole.

Q: What is Miller doing to support their clients?

A: Miller is able to offer continued cover without alternation, providing access to unrestricted capacity of up to USD150m per vessel and/or cargo interest as applicable for marine hull war and associated perils, marine cargo war and charterer’s war with Lloyd’s and Company market A-rated security.

We are continuously working hard to monitor any changes in the market and endeavour to update our clients with timely, open, and direct lines of communication.

Q: How is Miller able to offer these assurances?

A: Miller is one of the largest brokers of marine war risk, with a highly experienced team and significant volume of business. Our reputation as the strongest advocates in the business comes from our exceptional people delivering exceptional results for over 120 years. Miller is able to move quickly to respond to clients’ needs, engaging in the market to achieve the required result. With a client-first approach, we value our long-standing relationships and continue to build strong and rewarding partnerships.

For more information, download our Russia, Ukraine and Belarus risks flyer below. 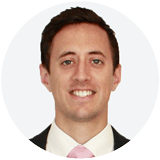 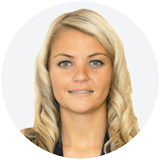 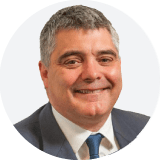