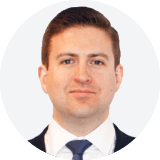 Tim’s primary responsibility is the management of the Property, Casualty and Facultative Reinsurance claims team, which sits within the Specialty business unit.

With an emphasis on international business, Tim has developed a wide network of contacts throughout the world, with particularly strong links in Australia and South Africa.

He began his insurance career in 1998, joining Miller in 2014, having previously worked at a small number of other Lloyd’s brokers.

Tim represents the Miller claims community on the Miller Australian Strategy Group and sits on the Management Team for the Property & Casualty Division.

Away from work, Tim has been a Chelsea FC season ticket holder since his early teens and spends as much time as he can playing golf, often with his two daughters.