Global business is ferociously competitive, crowded, and complex. To gain an edge, many organisations rely on lengthy, complicated supply chains. The security of these logistics systems is often taken for granted, but they can be extremely fragile. A single vessel askew in the Suez Canal proved it when 12% of global trade was blocked for nearly a week, followed by months of consequential supply chain disruption as transit routes were altered.

When such incidents prevent goods from reaching their destination on time, they create real and unexpected costs. Yet standard business interruption insurances written in the marine and property markets are unlikely to respond. Conventional cover kicks in only when physical property belonging to the insured is lost or damaged in an event. Fortunately, an effective insurance hedge against such non-damage supply chain losses exists.

Members of the Miller team pioneered the development of Trade Disruption Insurance, or TDI, over 30 years ago to fill the coverage gap which may emerge when the supply chain snaps. TDI is a custom solution that insures consequential financial losses arising from a supply chain breakdown, even when no physical loss or damage impacts the cargo.  It is granted as an additional policy that usually wraps around existing property or marine policies to capture the losses they don’t cover.

For example, a client of ours relied on river transit to distribute its product. After a sustained period of unusually intensive rainfall, the river was flowing too fast and too high for barges to be shipped safely or pass under bridges. The client had to find alternative transport and additional storage, but the rains had vastly inflated costs. Meanwhile they were forced to slow down processing, which hit top-line revenues directly. Finally, when normality had resumed, they were hit with contractual penalties for charter parties they’d had to cancel. Such losses are exactly what TDI coverage was designed for. All these costs were picked up by the insurers.

Given the highly specialised nature of the product, only a handful of underwriters world-wide are willing to underwrite TDI risks. Most insurers have minimum premium requirements of USD100,000. The delay deductible is typically 30 days, but it can be bought down to two weeks. The policy wording is always tailored to the specific needs of the insured on a named-perils basis. Frequent policy triggers include disruption caused by fire, earthquake, wind, flood, political risks, political violence, or port or waterway blockage, but almost any would be considered. At present certain perils fall outside the scope of TDI, including communicable disease, withholding of labour, and tariffs.

With 18 dedicated brokers, technicians and claims experts, Miller’s Supply Chain team is one of the largest in the world. Today we handle more than USD80 million of cargo, stock throughput, and TDI premium each year.

To learn how TDI could work for you or your clients, please get in contact. 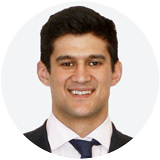