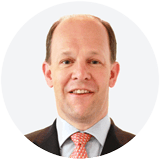 His principal role involves developing and agreeing the strategy with clients and then negotiating and placing the contracts within the London and international insurance and reinsurance markets.

Jeremy has extensive experience handling UK and European business from a national and international perspective including the potential involvement of any captive and the reinsurance programme that may sit behind it.

Jeremy started his insurance career at a large broker, straight from school, and has worked in the London market for the past 30 years with the last 6 years having been at Miller.

In his spare time, Jeremy still plays the occasional game of cricket but enjoys watching most sports as well as socialising with his family and friends.