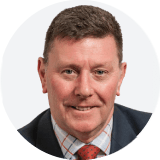 Ian is an account executive in the hull and machinery and war risk team placing and negotiating various placements.

He looks after the Northern Netherlands construction risks accounts as well as various hull and war risk accounts produced from our Dutch partners.

In 1989 he became a founder member of a reinsurance broking company, which was acquired in 1984.