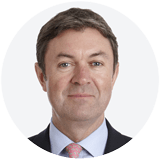 Greg is on the board of The London and International Insurance Brokers' Association (LIIBA) and the London Market Group (LMG).

Greg has worked in the insurance industry since 1977 and prior to Miller he was a director at a leading global risks insurance broker.

Greg enjoys spending time with his family.  He also likes to ski when he can and enjoys the theatre and music concerts.