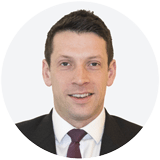 He began his insurance career in 2012 and has worked for two other London brokers.

Carl's main focus is developing the wider sports & entertainment business across contingency and sports personal accident. His specific focus is North America where he has extensive knowledge across all lines of business.

Carl is a former top 25 World ranked badminton player and won a team bronze medal at the 2010 Commonwealth Games in New Delhi, India. He had an English ranking as high as number one and was a five-time national championship finalist.