I first arranged D&O insurance for the directors of a Special Purpose Acquisition Company (SPAC) about 20 years ago. Little has changed in the structure of the ventures since then, and the process is the same as ever, but today SPACs are all the rage.

Now we see about five a week, compared to about five a year. That dramatic change in volume, alongside the general hardening of the professional liability market, has made insuring SPACs (and their DeSPAC successors) a more complex proposition.

Underwriters in the Lloyd’s market have always been discerning about this type of risk, but now they have many more from which to select. They look particularly at the experience of those involved in the transaction, and at the sectoral appetite and geographical scope of the potential insured’s search for target companies.

Rewards for the seasoned

The experience of the individuals managing the companies is crucial. Underwriters tend to be nervous about insuring a group of individuals who’ve capitalised a SPAC but have no experience in managing public companies and/or M&A. They want to see management know-how: a PE track-record is good, and relevant sectoral expertise is even better. SPACs with a tie to private equity investment and a level of SEC board experience are much more likely to obtain attractive insurance terms, because they are more likely to complete a business combination and get it right in terms of valuation and due diligence.

What and where, exactly?

SPACs which are specific about the sector and territory where they intend to search are more likely to win favour. For example, ‘fintech acquisitions in Asia excluding China’ is an insurable scope. Those SPACs seeking targets in better-defined, well-understood countries like the US are even further ahead, but anyone with sights as broad as ‘technology in Asia, Europe, the Middle East, or South America’ has an insurance mountain to climb.

A third concern is about share redemption rights at the time of business combination. The prevalence of short-termism among some SPAC investors is driving insurers to ask if anchor investors or the affiliated investment firm are willing to fund redemptions.

The scrutiny from underwriters wasn’t so great a few years ago. At first SPACs didn’t even have their own policy wordings. When the number of deals began to increase rapidly about two years ago, several D&O underwriters piled into the SPAC space. But since the duration of almost every SPAC policy is 24 months, the performance of that first wave is now beginning to be revealed. Claims levels are higher than anticipated, and fewer SPACs than expected have been able to make a deal in two years, or they make a deal that no one expected. That’s made some formerly enthusiastic insurance markets more hesitant.

As ever with Lloyd’s, it remains useful for risks which fall slightly outside the ordinary. In one case, a wholesaler was struggling when a policy had been written on a 12 + 12 month basis, but the carrier chose not to renew the second half of the contract. We were able to come in at half time, pick up where another broker had left off, and offer a solution for the full limit for the remaining year of the SPAC’s acquisition search

For a different view on any SPAC or DeSPAC risk – especially the unusual ones – we are standing by with market-leading underwriter connections and deal experience.

Get in touch to learn more. 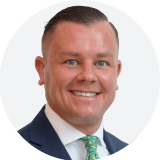