Solicitors' home
Back to the future - do the SRA's proposals achieve its objectives?

The SRA is once again looking to reduce the minimum level of PI cover to £500,000. But do its proposals achieve their objectives?

In March 2018, the SRA published a consultation, “Protecting the users of legal services: balancing costs and access the legal services”, which outlines proposals for the Solicitors’ Compensation Fund and professional indemnity insurance (PI) with the stated aims of:

The main PI proposals are:

Miller has reflected on the proposals and whilst we have a number of concerns, it’s important to note that not all of the proposals are detrimental and the consultation does present some pragmatic solutions, such as separating the insurer agreement from the minimum wording, which we feel will result in better and more easily understood products.

We applaud the SRA for consulting, but we do have serious concerns around the data used and their interpretation of it.

Reducing the cost of PI insurance

With a stated aim of reducing the cost of PI insurance, this quite rightly will get the attention and support of the profession. However, even in the consultation the SRA has said the proposed reforms will only provide up to a 10% saving. No validation for that figure has been provided.

We do not think this aim will be achieved for two reasons:

In its original report published back in 2016, the SRA required all participating insurers who signed up on 01 October 2015 to provide claims data from 2004 to 2014. The headline figure from that report was that over this period PI claims from solicitors amount to a staggering £1.96bn against an estimated premium income of £2.35bn. On the face of it, this would indicate that insurers are indeed making a profit. However, the claims data has two flaws:

Firstly, it has been collected only by insurers who were participating insurers as at 01 October 2015, which means that the claims experience from the likes of Quinn, Elite and Balva were not included. If we included the premium income of those insurers who have withdrawn from the market over that ten year period, this equates to 18%. Therefore the claims figure would be nearer to £2.3bn or on average £231m per annum.

Secondly, due to their nature, the value of PI claims develop over time.  With the claims experience provided by insurers still developing over the period from 2010 onwards, this means that the ultimate incurred position is likely to be underestimated.  If the figure was adjusted to take into account adverse development, this would add a further £43m per annum, meaning that on an annual basis solicitors' claims cost, on average, in excess of £273.5m.

In addition to this, insurers need to account for costs and expenses and an element of profit. Taking all of the above into account, we estimate that the amount of premium income insurers would require to achieve a level of profitability would be closer to £369.5m. Therefore, whilst the SRA may have hoped that the claims data would support the notion that PI reforms would lead to reduction in premiums, the data shows that insurers would potentially need to increase premiums by around 21% to break even, or 35% to achieve an acceptable profitable return.

Regardless of whether you agree with what the data shows or otherwise, you have to question whether the stated aim of reducing the cost of PI insurance is really worth it?

For example, let’s say, for the sake of argument, the SRA is correct in believing law firms will save on their insurance. Premiums for the lowest-risk firms currently start at around £2,000, for which they currently enjoy cover of £2m. In the SRA’s most optimistic scenario, these firms’ premiums might fall to as little as £1,800, but for £500,000 cover?

They might have saved 10% on their bill but will have only 25% of the cover they previously enjoyed. How is that a good deal for the profession?

The SRA’s figures, published back in 2016, showed, it said, that 98% of claims were below £580,000. However, the same data was used in its recently published consultation paper to support its argument that most claims would fall within its proposed £500,000 cover limit. If the SRA wants us to take the statistical analysis seriously, it seems to us to be a serious flaw in their justification.

The SRA’s approach has been to take an average claim, but worryingly the data provided lists 17 separate types of claim where there is not one type with a maximum payout of less than £1m. In addition, 70% of maximum claims were in excess of £2m. It seems bizarre to us why this has not been taken into account.

The data is representative of a point in time in 2014. However if the same data were to be run today, then the financial results would be very different with claims developing which have not been taken into account.

The SRA argues that the reforms will result in lower costs for the consumer with any savings being passed on. However, this is a soundbite rather than something that is supported by clear evidence. Worryingly, not one of the consultation questions addresses this point.

Far from encouraging more firms into legal practice which will benefit consumers by providing more choice, we are concerned that it will have the opposite effect.

What the SRA hasn’t factored in is the cost for firms who wish to maintain their current limits. Our view is that this will be significantly more than the stated 10% saving. With this in mind, we believe the reforms will certainly end up costing the profession more money.

It is likely to create a two-tier market of larger firms being able to purchase coverage on the same basis as they currently enjoy, whilst smaller firms will either be priced out or such coverage not being available.

This will result in commercial organisations not appointing smaller legal firms or allowing them on their panel, meaning less work for that sector.

Remember: The proposal talks about excluding commercial customers from the minimum terms. Whilst we think there is sound logic to this in that they should not benefit from a public protection policy, the reality is that commercial business is going to want to maintain the same levels of protection and are likely to make this a requirement. The problem the smaller firm needs to ponder is will they be able to get their cover?

From an insurer perspective we actually think the run-off proposals are a pragmatic solution and will result in less cost for firms going into run-off. By reducing and aggregating the limit over the six year period, we estimate this will halve run-off costs.

However, we would question why the profession would want to reduce the cover they currently enjoy and which cannot be replicated in other professions in the PI insurance market?

Whether the cost is 300% or 150%, there is no evidence to suggest that firms will pay the premium, and current default rates of 50% will not be materially improved by the change, meaning that the SRA will have to deal with disorderly closure.

It’s important you should have your say on proposals and we would encourage you to read and respond to the consultation whether you agree with our views or not. The consultation closes on 15 June 2018. Over the next couple of weeks we will also publish our official response to the SRA.

Looking ahead to this year’s renewal season, we do not think that there will be any impact and we are already working hard to ensure that our clients are not disadvantaged in the meantime, regardless of the eventual outcome. 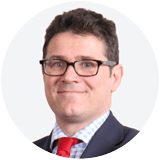