Pipeline construction hit the headlines in 2021 with the cancellation of the Keystone XL project. The revocation of the license was one of the first acts of the new Biden administration and led to the owner’s eventual abandonment of the project in June 2021, with only 8% of its length completed. The project had been in planning since 2008 and its cancellation was seen as signs of increasing influence of climate change campaigners on North American energy policy decisions. Nevertheless, the levels of pipeline construction globally remain high.

Key areas of interest for insurers

Whilst pipeline construction is generally viewed as low risk, there are key areas of interest for insurers including:

Additionally, as the energy transition progresses, commercialisation of hydrogen fuel cells, in particular fuel cell vehicles, will require development of an extensive hydrogen infrastructure comparable to that which exists today for oil and natural gas. This will bring additional risks into consideration when designing and specifying pipelines such as hydrogen gas embrittlement and hydrogen stress cracking.

A common cause of loss is defective design, specification or workmanship. In these circumstances the coverage available is normally dictated by one of two standard market exclusions; LEG 2/96 or LEG 3/06.

One of the key elements of both clauses is the statement that the mere presence of a defect does not mean that the pipeline has suffered any damage, which is generally defined as a detrimental change in state of the project works. On this basis a pipeline cannot be considered damaged for the purpose of the policy simply because it is defective, cannot be used or is unfit for its purpose. Therefore, if a defect alone in a pipeline is discovered, it would be at the cost of the insured to repair with no recourse to insurers.

Should a pipeline suffer loss or damage because of a defect, the amount of recovery that can be made will differ depending on which clause is included in the policy.

Under this scenario, as there was no damage, no recourse to the insurance can be made, irrespective of whether LEG 3/06 or LEG 2/96 applies.

If LEG 2/96 is applied, we need to identify the notional cost of rectifying the defect immediately prior to the damage occurring, as this cost is excluded. This would involve the costs incurred to excavate the pipe and locate the damaged weld and then repair the weld, backfill the trench and test. This is essentially the same as the remedial cost and as a result the claim would be excluded either largely or in full.

If LEG 3/06 is applied, assuming the weld specification is correct, and the slag inclusion was due to faulty workmanship, there is no improvement in the weld design or material is required and therefore none of the costs incurred would be excluded.

This is an additional coverage that is readily available and aims to bridge the gap between LEG 2/96 and LEG 3/06. However, it does add certain conditions and there is a monetary limit as to how much can be claimed in any one policy period.

Coverage states that insurers shall indemnify the insured for:


What should I do if I am looking to insure a pipeline project?

If you would like any more information, help or advice in relation to pipeline construction insurance, please get in touch. 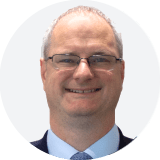