Paul Ray, Senior Accident & Health (A&H) Broker at Miller, spoke with some of London’s most respected A&H underwriters to discuss the issues at the forefront of their minds.

With more than 35 years in the market, including 14 at Ark, five at Travelers, and 17 at Kiln, Charlie is genuinely one of the most experienced A&H underwriters in the world.

Peter joined Atrium at Lloyd’s following his graduation from university, and has now been underwriting A&H business there for 28 years.

A former professional football player (on the soccer pitch, not a gridiron), Guy left sport to underwrite it and has been underwriting A&H business for 14 years.

Paul Ray: We’re in a market-wide hardening phase, but A&H insurance rates were slow to move relative to other lines. Why has the upturn come so late in the cycle?

Guy Bonwick: A&H tends not to experience large catastrophes in the same way as other lines, so it often encompasses more attritional loss ratios that move over time. As rates rise and capacity tightens in other lines, carriers look to reallocate capacity. Their focus turns to lines that may not be generating a huge margin. That results in markets pulling back from A&H or exiting completely, but it’s subject to that natural time lag.

Charlie Boyd: A&H market dynamics have always been different from most other classes. Rates fall slower in a softening market, and rise slower too, for exactly the reasons Guy just explained. However, other factors have influenced the current market turn to make it even slower for A&H. For years excess of loss reinsurance supported diminishing, ultimately negative returns in the A&H D&F [direct and facultative] market. That helped hide the actual results of the business until Covid shone a light on the market when cancellation losses piled up.

Peter Laidlaw: Many market practitioners have never seen a hardening market before. I suspect that because much of the market’s income is from delegated authorities, there’s been a fear of letting go of large ‘chunks’ of income. That causes some of the delay in the market adjusting itself. But now that various markets have closed down their A&H underwriting, people are finally more worried about retaining their jobs than they are about retaining income!

CB: Individual underwriters are still loth to cut their writings for fear of losing their jobs, and not being able to fund their increasingly costly reinsurance programmes. That has led to a head-in-the-sand mentality in some sections of the market. Link that to the very few reinsurance programmes generating Covid recoveries for substantial cancellation claims, and underwriters have been ever more desperate to cling to business they think is good, even though, in fact, it is all under-priced.  And with almost all potential Covid-related reinsurance recoveries still far from settled and agreed, we’re allowed an even more blinkered outlook on the real market results, and the actions required to correct a dire situation.

PR: That’s very frank, Charlie! We have seen a number of exits, but also new entrants. On balance, how’s the competitive situation?

CB: The market is as competitive as ever. Every exit has had matched capacity entering the market.

PL: I agree. There’s still far too much capacity, and certainly far too much ‘blind follow’ capacity for the market to correct itself at the correct pace, like other classes do. The sad reality is that several more markets will need to disappear before the correct rating environment is achieved.

GB: We have a slightly different view. Certainly, some parts of the A&H market remain relatively competitive, but there is still a net deficit of capacity, despite new entrants. Overall we continue to see rate rises and tightening of T&Cs. This is also partly attributable to reinsurance costs going up, and companies buying less cover as a result.

PL: That’s all true, Guy, but the A&H market needs to appreciate that we are an extremely poor use of capital at this point of the market cycle, given the margins being achieved in A&H relative to other classes. If a syndicate finds its growth is suppressed by capital providers or by Lloyd’s as a result of underperformance, and if the necessary rate increases are not achieved because of that, managing agents will redeploy the capital to those classes where the margin is greatest. Pretty simple stuff.

PR: So after a year of significant pandemic pressure on the A&H market, followed by recent rate increases, what lies ahead?

GB: The market is still pushing, both from a rating perspective and on reducing acquisition costs. Past experience suggests that this will plateau at some point as new capital enters, but this doesn’t seem to be the case in the near term at least.

CB: Right. As long as the matched in-and-out capacity continues, only the relatively slow rate increases currently witnessed will continue. Lloyd’s increased focus both on unprofitable syndicates and on A&H’s recent poor results must inevitably lead to an overall loss of capacity in the market over the next two years. This will drive continued and accelerated rate increases, and the market shedding traditionally unprofitable business.

PL: Yes, it’s just the start of the recovery. Business has been under-priced in large segments of the market, and offered on a multi-year basis. The true extent of the issue has yet to be fully realised. Unfortunately, we suspect, there is much hurt yet to be felt. This in turn should see capacity reduce and, in turn, rates increase further.

PR: So we’re on the right track…

PL: Yes, but it could be a long road. My real fear is that the positive impact that Covid has had on the business will mask the extent of the problems for a while. Accident rates plummeted last year, and the market results for 2019/2020, excluding COVID, look better than they otherwise would. Once the impact of the pandemic on the people and travel has lessened, and accident rates return to normal levels, results will deteriorate further, and drive additional incremental rate increases which could continue for some time.

PR: How can the London A&H market help to solve coverage problems in the next two years?

CB: Where are the coverage problems? Pandemic has now been recognised as a real-life market aggregation issue, and re-entry into aggregating risks would be foolhardy. At a time when the market is losing money as fast as it did in the late 90s, it is time to restrict and rationalise coverage, not venture into the unknown.

PL: Charlie has wisely illustrated my point: markets become more conservative in the period after sustained losses. The challenge is usually the disconnect on pricing expectation between the client – and their broker, Paul – and the underwriter. After years of weak underwriting where the market has allowed conditions to widen without the commensurate premium, the removal of coverage or the charging the correct premium for the coverage is seen by some as unfair, or as making the agent uncompetitive, whereas, in practice, the market is just solving the problems it created for itself during the softest part of the cycle.

GB: After a prolonged period of soft pricing and wide Ts&Cs, the London A&H market needs to make better use of data. That will help to achieve more sustainable and profitable underwriting, avoid large price swings for customers, and foster long-term partnerships with brokers.

PR: Where are the opportunities?

PL: As the underwriting market battens down the hatches to secure the ship, those distributing the products should ensure they do their part of the process as well as they can, show themselves to be the most robust, and create efficiencies to gain a competitive edge. Greater focus on the cost of the distribution chain is coming, and the companies that work most efficiently will be rewarded.

GB: I see opportunities both in emerging risks and as Peter says, in doing current business more efficiently, with a lighter touch.

CB: And as always in a hardening market, opportunities will arise as competitors fall by the wayside, or get so restricted by Lloyd’s that they have to shed some good business. It’s hard to tell when and where this will happen, but it will. Bright, entrepreneurial underwriters will once again show themselves.

PR: What’s your company’s take on Covid T&Cs, and what does the future hold for communicable disease exclusions?

PL: This really depends on the coverage, but we believe that for risks such as medical and disability, a policyholder will expect their insurance to ‘do its job’, even if the loss is caused by a communicable disease. We just need to properly price for the exposure. We feel it’s nonsense to say we cover you when you get sick… unless it is something which effects lots of other people too!

That said, when the coverage is for risks such as financial inconvenience, then we have to look at the commercial consequences of taking on such a systemic risk. In many cases, there are others such as the airlines, the tour operators, the event organisers who can step in and refund monies and therefore it doesn’t necessarily belong as an insured peril.

CB: Any aggregating pandemic exposure such as cancellation is almost unwritable, except with an aggregate cap. Other areas of pandemic cover such as medical and disability can be considered, albeit very carefully and sensible, often with sub-limits.

PR: How can clients present their A&H risks in a stronger light? What do you look for in a presentation?

PL: There has to be an alignment of interests, a true partnership. We have always said we underwrite the people and their attitude as much as we do the business that they distribute. If a client is chasing premium and is top-line focused, they are unlikely to appeal to us. Any partnership where one party does much better than the other is eventually doomed. We do not expect to keep a client if they are working for peanuts and we are making a disproportionate amount, in the same way that a client who is making a load of commission but not producing a satisfactory profit has a limited lifespan.

GB: On the presentation side, I want to see clear target areas and as much data as possible. Actuarial reviews are commonplace with risks these days. We have the flexibility to use data to work with actuaries, but also to make an underwriting judgement. Certainly the more data you have, the more it strengthens a client’s position.

CB: I echo that – we need clarity of purpose for the insurance, and clarity of information. Often the information is jumbled, and inconsistently presented year on year. Rarely does a client explain the purpose of their purchase. When we understand what the client is trying to achieve, we have a much greater chance of meeting that requirement at mutually acceptable terms and conditions. 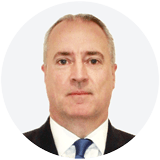