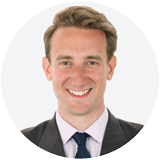 Pierre leads Miller Europe and is responsible for the teams handling European Facultative reinsurance business based in the Paris, Brussels and London offices.

He has extensive experience handling facultative reinsurance protection as well as portfolio protection placements. Pierre began his career in Willis re in London in 2004 and joined Miller London Facultative team in 2009. He moved to the newly set up Miller Paris branch in 2012 and has been leading the European branches since 2015.

Pierre holds a Masters in Finance and financial Engineering from Kedge Business School.

Pierre most enjoys spending time with his young family and watching France beat England in any sport, particularly Rugby.