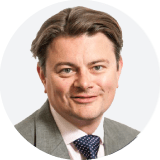 Chris started work with Robert Alexander at a predominantly marine broker in 1990, where he was a junior broker before moving on to the claims arena as a broker/technician.

He then moved to the back-up side of the business where he arranged slips, cover notes and various figures before taking the claims manager role in 1999.

After the acquisition of this broker he ran the claims department. In 2008 he moved to Alston Gayler as a member of a five man team, where we have placed Property ILW contracts as well as some Marine and Non Marine UNL business.