When a major shipping casualty occurs, such as a containership fire, the loss of cargo overboard, or a significant grounding, reinsurers are often the first on the phone to ask who the owners or charterers are, what we think the quantum of loss will be, and if any of our clients have been in-touch to notify us of the incident. This is largely due to the ever-increasing pressure on reinsurers from their management to have an all-seeing and all-knowing eye as to what the damage to their balance sheet will be before ‘the ship is off the rocks’.

This reaction has been heightened in recent years as the Lloyd’s ‘G’ risk audit code (the marine liability class of business) has been affected by a number of significant P&I losses, and underwriters’ attentions now firmly focused on the performance of charterer and non-Poolable reinsurance programmes. Added to this, the market has seen a spate of high-profile losses that have made their way into the international news, creating a heightened and, in many cases, negative perception of the potential severity of claims from the class within the commercial insurance market.

With the ability for incidents to be captured on mobile phones and shared instantaneously 24/7, breaking news is in many cases, reported as soon as an incident occurs. This is creating an information gap whereby people are aware that an event has occurred but the extent to which parties may ultimately be liable and the quantum of a loss are unknown.

With particular regard to charterers’ losses, there is often a much longer period between the date of an incident and the insurer being able to assess the potential impact of claims to reinsurers. It can take several months before it is possible to determine the damage caused or potential quantum of loss, several more months before any claims are presented and then often several years before any apportionment of liability is settled. Put simply, charterers’ claims can be a great unknown for a very long time, which in turn can serve to increase the information gap and amplify reinsurers’ fears.

There is also the additional complication of where the insured sits within the charterparty chain. Sometimes, the insured may be the first port of call for a cargo interest and other times, may be sat in the middle of the chain with claimants coming from both sides – or perhaps the innocent party amongst them. Often these scenarios mean that there is the opportunity that a claim can be passed up or down the charterparty chain and, even after a settlement is made, there is the prospect of recovery from another entity. However, this process can often take years during which insurers, and in turn their reinsurers, may have a period of time during which they have paid one counterparty but not yet obtained recoveries from any other liable parties or are holding large amounts of incurred claim amounts that have the possibility of being paid but also may ultimately not amount to a significant claim.

With so many unknowns when it comes to charterers’ losses and many different aspects to each case, it can take years for these claims to ultimately reach a close as expert claims handlers fight to achieve the best outcome for their insureds. This means that our clients can hold large reserves for a long time. Of course, all the while, these incurred claims figures sit on their reinsurance record impacting the premiums they pay.

In the past year alone, the market has seen a number of charterer’s losses hit their books with initial reserves greater than USD25m, and even a couple at USD100m plus, but the ultimate claims amount remains uncertain.

This uncertainty and requirement to hold large incurred amounts on reinsurers’ balance sheets has a knock-on effect for reinsurers as there is a cost of capital for holding the reserve for a number of years. It can also potentially skew their ultimate loss ratio analysis, even if the prospect of the claim being paid is low or recovery is expected.

However, with insight and understanding of each particular loss, reinsurers can recognise that there is still a long way to go in order to achieve resolution and some with great prospects of being substantially reduced in time.

We at Miller work with our clients in communicating claims with reinsurers and providing as much information as we can at each stage of the claims process, managing the information gap from the event occurring to its ultimate resolution. This helps allow reinsurers to understand the nuances and details of each matter, rather than taking the incurred numbers at face value and ensures that the impact of these claims is dealt with as fairly as possible.

Nevertheless, with the attention of reinsurer’s senior management firmly on the performance of the charterer’s liability portfolio, and the continuing hardening market, we believe that it is now more important than ever that our clients stay close to their reinsurance supporters. In turn, not only does this help the relationship between parties, but it provides the reinsurance underwriter with greater ammunition when speaking with their management to explain their approach and why their reaction should not be to hit the panic button when they first hear of a potentially large charterer’s loss in the news.

As we move into a time when the world is opening up again, we encourage our clients to get in front of their reinsurance supporters and build on these relationships… and why not, it’s a good excuse to enjoy human contact again! 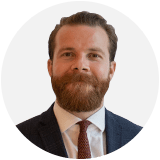 ALSO IN THIS BULLETIN