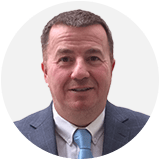 Richard began his engineering career at a major energy company, where he specialised in process safety for the last 7 of his 19 years there. He then joined the London market as a risk engineer for a large broker in 2010, before becoming independent in 2013 and joining Miller in 2016.

Richard is a Fellow of the Institution of Chemical Engineers, holds the European Engineer certification, and is trained in various aspects of Process Safety.