Following the announcement that the Solicitors Regulation Authority (SRA) will be extending the Solicitors Indemnity Fund (SIF) by a further year to 30 September 2022, Miller examines the age-old issue of how firms look to protect themselves when the safety net of SIF is eventually gone.

The Law Society (of England and Wales) established SIF in 1987 to provide compulsory Professional Indemnity cover to all solicitor firms in private practice throughout England and Wales.  In 1999, the solicitors profession elected to move towards an insurance based open market scheme with the consequence that SIF entered into run-off with effect from 1 September 2000. With the agreement of the Law Society, SIF has provided Expired Run-off cover to firms that ceased without successor since 1 September 2000 but only after the primary run-off period of six years had elapsed.

Initially SIF was due to close in 2017; this was extended to 2020, and then the SRA agreed a further extension to 30 September 2021. Owing to pressure from the profession and the Law Society, the SRA opted to keep SIF open to accept and manage claims made by firms after their six years of run-off with their expiring insurer had ceased. Further pressure was mounting on the SRA given the hardening rates in the Professional Indemnity Insurance market making it harder for solicitors to find affordable cover and therefore struggling to keep their doors open.

This will give firms comfort for another year, whilst it is hoped a solution can be found in the open market. According to the Law Society, around 11% of claims are made beyond the usual six years of run-off cover, once the fund closes, those firms /individuals could be held personally liable for any claims that arise thereafter. Merrett v Babb (2001) EWCA Civ 214  illustrates that employees can be held personally liable for errors and omissions and mistakes made, if adequate insurance is not purchased. In this landmark test case, the Court of Appeal held that, following the insolvency of his former employer, and the lack of any continuing run-off cover Mr Babb was to be held personally liable for an erroneous mortgage valuation carried out over seven years earlier.

The 2001 Court of Appeal's ruling could potentially affect all sectors and professions where employees give specialist advice to clients on behalf of their employers. Professionals potentially at risk include accountants, actuaries, insurance brokers, architects, engineers, IT consultants, solicitors, advertising agents and IFAs.

Employees will be particularly vulnerable if their firm or company:

The SRA comments that the extension of the closure of SIF to September 2022 would allow time for a consultation process to take place and “give careful consideration to finding the right regulatory balance between consumer protection and issues of proportionality, affordability and the wider public interest.”

The risk of facing claims in retirement without insurance cover is mind-focusing.  We cannot wholly eliminate claims, even if they may be unfounded.  Perhaps surprisingly, therefore, a third of practices are still unincorporated.  Limiting liability contractually is another practical barrier which can be put in place. These measures do not guarantee immunity and will not of course protect against past work, but they can be a substantial line of defence against personal liability.  Many of the claims made after six years relate to trusts: again, careful thought should be given before accepting personal liability as trustee, executor or deputy, because incorporation of the practice will not provide protection against this.

Click here to view Frank's article on the future of SIF written for the Law Society’s Gazette.

Ahead of the 2022 closing date and firms going into run-off, The Law Society has issued guidance to assist firms that may be affected by the closure of SIF. The guidance provides information on i) what type of cover firms may need in place ii) what is required of firms that are coming to the end of the six year run-off period, and iii) how to obtain ongoing cover.

We have put together some tips for how to give yourself the best chance of obtaining quotations for run-off past the six year period as required by the SRA under the minimum terms and conditions: 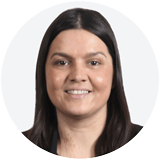 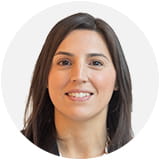