The directors and officers’ liability market is reporting ever-increasing losses. AIG’s fourth quarter loss was attributed not to natural catastrophes that hit their peer group, but rather D&O claims. Transatlantic Re also estimate that there is as much as USD6bn of D&O under-reserving out there in the insurance market. What is going on and what does it mean for you?

US and Canadian listed companies or companies having an IPO are more at risk of being hit with a securities lawsuit than at any time. Often a company defendant may have to fight a ‘multi-front war’, consisting of parallel state court and federal court lawsuits; with state court securities class action lawsuits being less likely than federal court lawsuits to be dismissed.

According to latest report published by Cornerstone Research*, the number of federal court securities class action lawsuit filings remained ‘near record levels’ during 2018.

What does this mean for the world of D&O insurance?

This changing legal environment coincides with a challenging insurance landscape, where insurer’s loss ratios are significantly higher than a decade ago. 2004 was the high tide mark of D&O pricing, where most D&O carriers sustained a loss ratio of around 35-45%. By 2016, with actuarial pricing models suggesting average rates are at 45-50%  from where they were in 2004, the markets base loss ratio, without factoring in any changes in the legal environment, will have risen to 75%-85% (hence a combined ratio of well over 100%). In Warren Buffet’s language, the ‘float’ is now costing serious money.

These factors combine to create a perfect storm for D&O losses. Below we depict the market and focus in on premiums between 2002 to 2018. 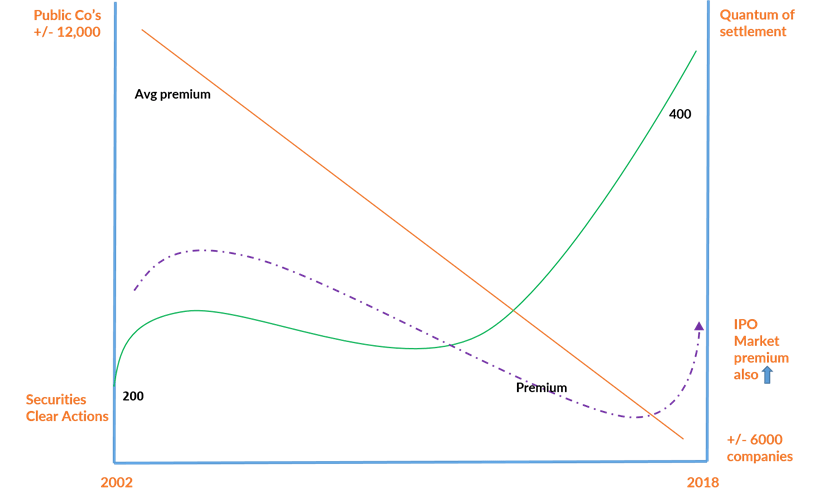 Therefore there are some trends which can be identified in the marketplace that need to be navigated and managed:

We are here to help you navigate this changing and challenging market. Please get in touch with Andy if you have any questions. 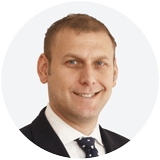